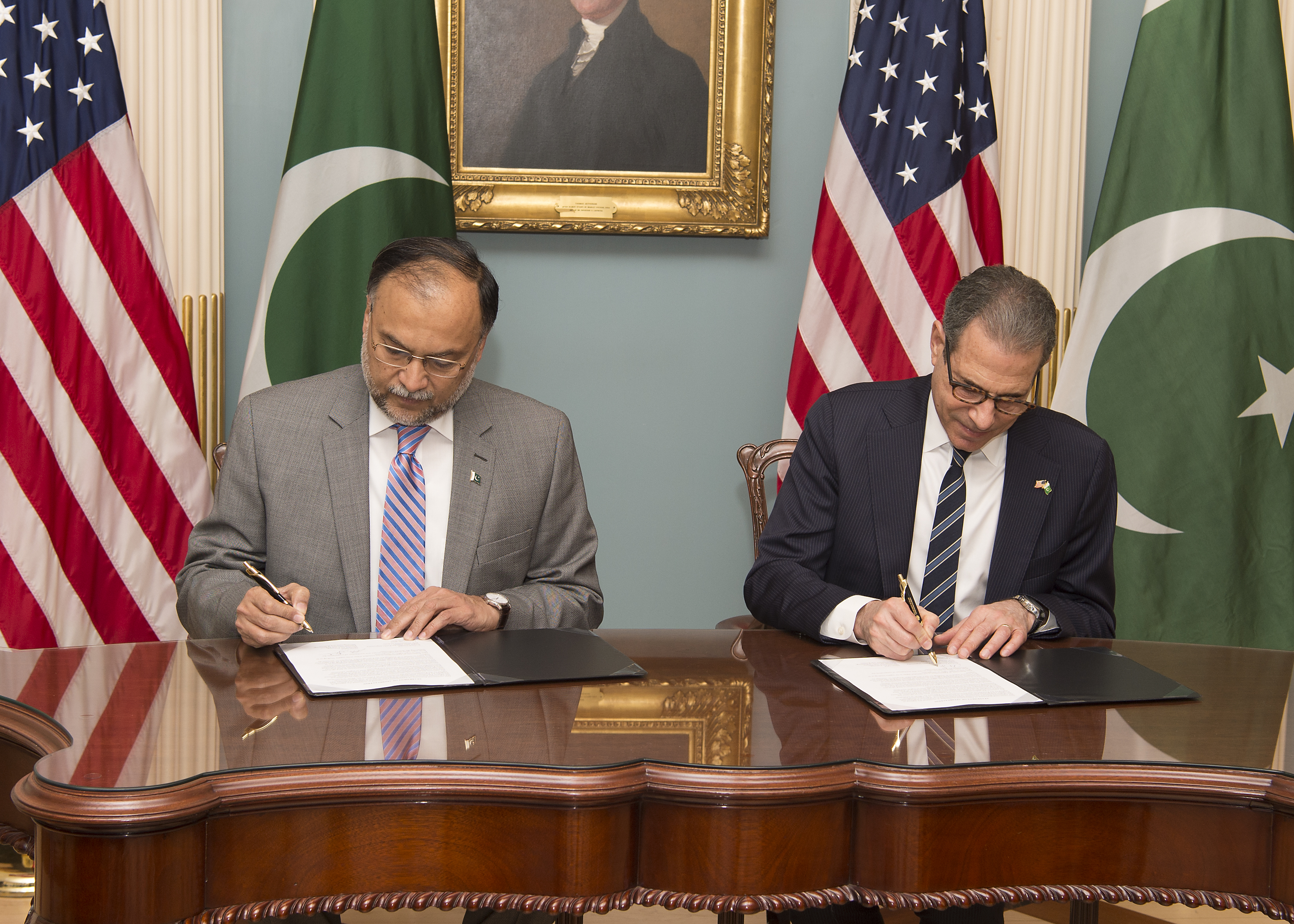 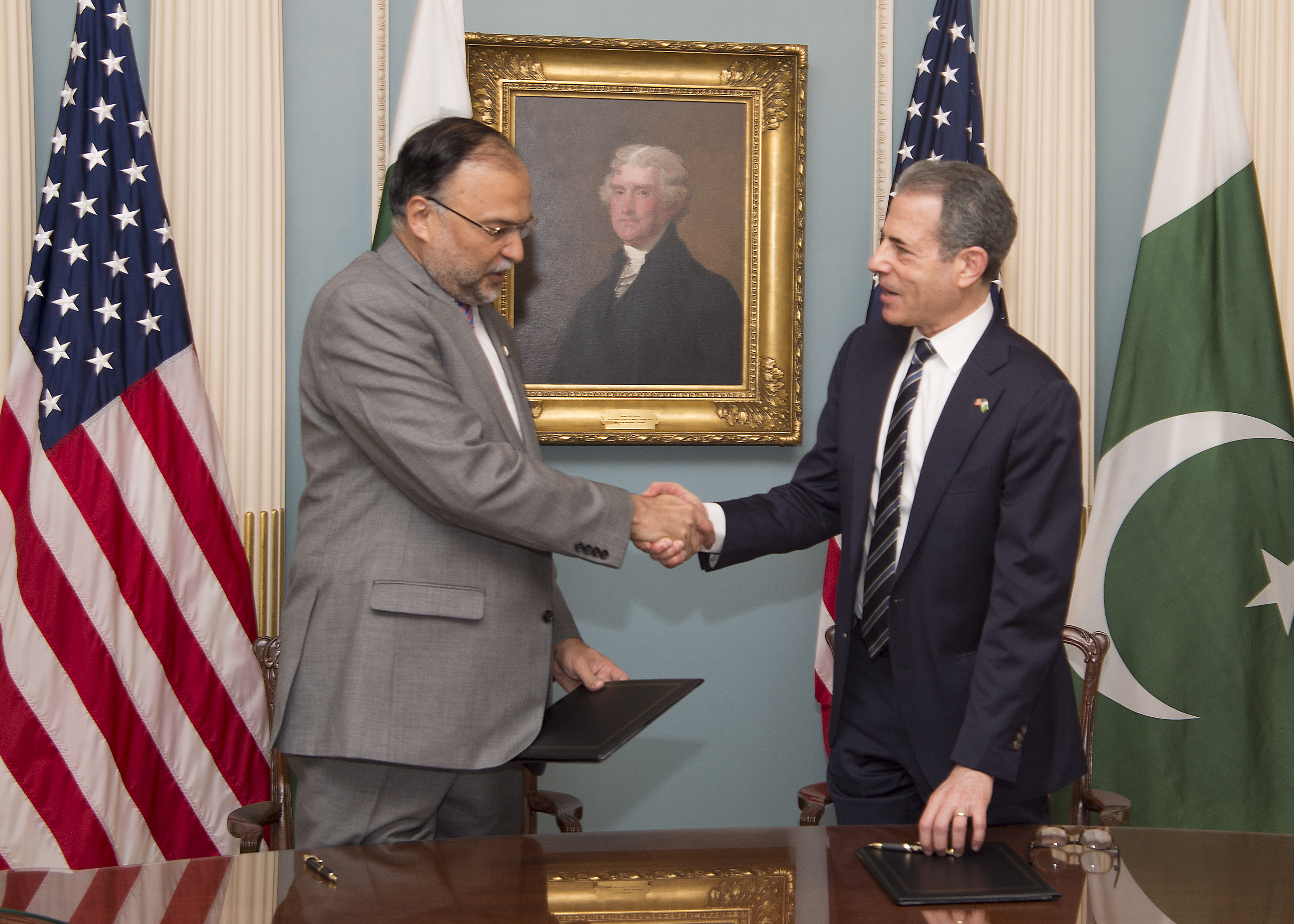 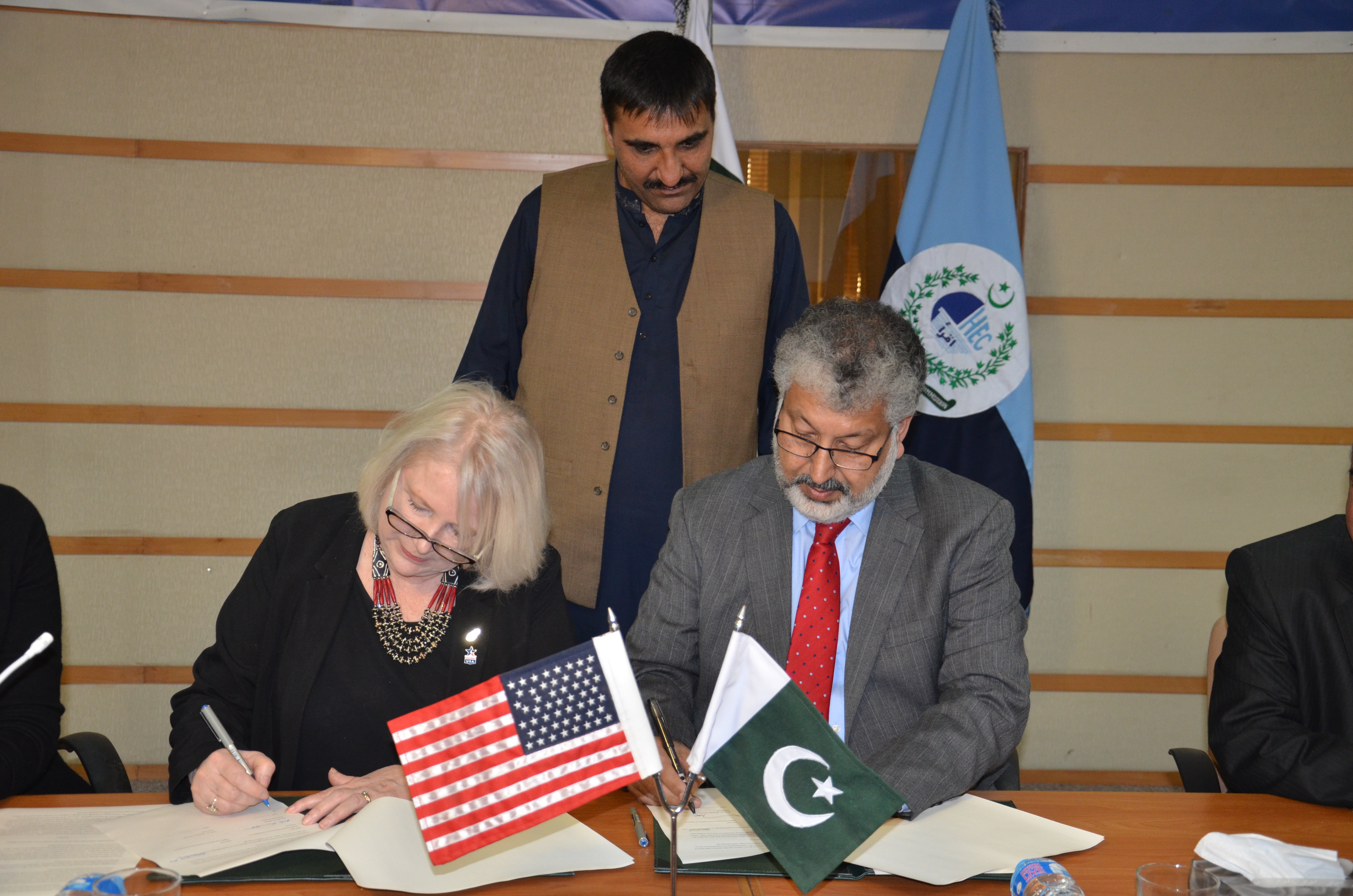 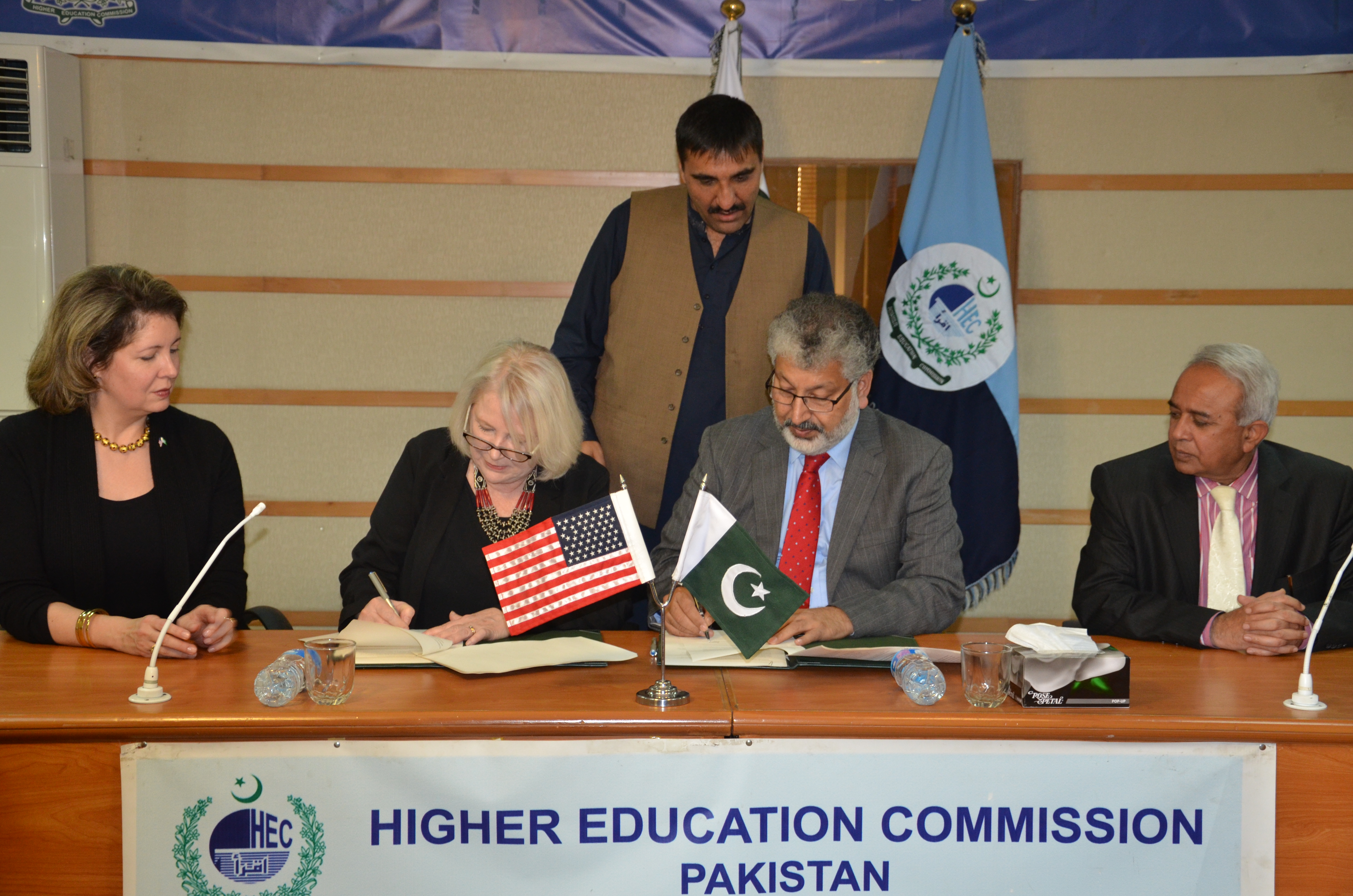 Pakistan’s Advisor to the Prime Minister on Foreign Affairs Sartaj Aziz and United States Secretary of State John Kerry met on February 29 in Washington to convene the sixth ministerial-level Pakistan-U.S. Strategic Dialogue. The last ministerial-level Strategic Dialogue was held in Islamabad on January 13, 2015. This session built on Prime Minister Nawaz Sharif’s successful visit to Washington in October 2015, with the two sides reiterating their commitment to further strengthening the United States’ and Pakistan’s strong, multifaceted partnership across a range of critical issues, as exemplified by the framework of the Strategic Dialogue.

Both sides expressed their conviction that a robust, long-term bilateral relationship remains critical to regional and international security and prosperity. Both sides agreed that a strong, prosperous, and democratic Pakistan is an essential partner for the United States in advancing these shared goals. As such, the United States and Pakistan have a shared and enduring interest in Pakistan’s continued economic growth and prosperity, increased bilateral trade and investment, education and social development, respect for human rights and rule of law, regional stability, and ongoing collaboration on measures to counter violent extremism and combat terrorism.

The two reaffirmed the importance of the Strategic Dialogue, which provides vision and direction for this bilateral partnership, and reviewed progress made in its six working groups, which represent core areas of joint interest and cooperation: 1) Energy; 2) Security, Strategic Stability, and Nonproliferation; 3) the Defense Consultative Group; 4) Law Enforcement and Counterterrorism; 5) Economics and Finance; and 6) Education, Science, and Technology. They also acknowledged the importance of sustaining cooperation on shared interests through U.S. civilian assistance, in line with the intent of legislation known as the “Kerry-Lugar-Berman” act. Finally, they charged the Working Groups with continuing to meet according to a mutually determined schedule.

Secretary Kerry and Advisor Aziz applauded the reinstitution of the Education, Science, and Technology Working Group in June 2015 in Islamabad as an important mechanism through which to facilitate and emphasize the already extensive U.S.-Pakistan cooperation in these vital fields. Under the rubric of a new “U.S.-Pakistan Knowledge Corridor” and Pakistan’s Vision 2025 development plan, both sides committed to both expanding U.S.-Pakistan education cooperation and strengthening Pakistan’s education system, which serve as engines of economic growth and prosperity. Advisor Aziz reiterated Prime Minister Sharif’s commitment to double Pakistan’s education expenditures from two to four percent of gross domestic product by 2018, including by expanding girls’ access to education.

Secretary Kerry noted that the Education, Science and Technology Working Group met this week on the margins of the Strategic Dialogue Ministerial, and lauded the February 2016 Memorandum of Understanding between the Pakistan Higher Education Commission and the United States Educational Foundation in Pakistan, in which Pakistan will fund up to 125 additional Pakistani PhD scholars from Pakistan to study in the United States through the Fulbright program over five years. Complementing what is already the largest U.S. investment in the Fulbright program worldwide, Pakistan’s commitment solidifies Fulbright and exchange programs as a step towards building a lasting U.S.-Pakistan Knowledge Corridor that already includes over 15,000 alumni of U.S. programs throughout Pakistan.

Read more information about the program.