The United States Educational Foundation in Pakistan (USEFP) and the Fulbright Association is deeply saddened to learn of the recent passing of two esteemed alumni. We extend our deepest condolences to their families, friends, and the extended Fulbright community. May their souls rest in peace, ameen. 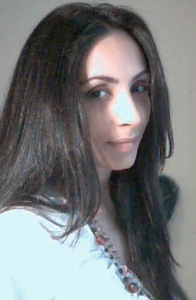 Ms. Saira Rafique Sheikh passed away on August 13, 2017 in Karachi after a lengthy illness.

Associate Professor and Head of the Liberal Arts Programme at the Indus Valley School of Art and Architecture, Ms. Sheikh graduated with a Master’s degree in Art History from Columbia University on a Fulbright scholarship. An artist, writer and educator, she exhibited her work in solo and group shows, and regularly contributed artistic treatise in catalogues and magazines. Ms. Sheikh is survived by her son.

The News on Sunday also wrote a touching tribute to Ms. Sheikh, which you can read here. 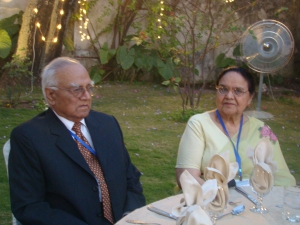 Lieutenant Colonel Shujauddin Qazi passed away on July 24, 2017 in Islamabad. Considered among the friends of the Fulbright Program in Pakistan, Colonel Qazi closely identified with the Fulbright mission of promoting mutual understanding between the people of Pakistan and the people of United States, and supported the education and training of qualified individuals through academic and cultural exchange programs.

His support of the program was further solidified by his wife, Fulbright alumna, Mrs. Surriya Shujauddin Qazi, who was one of Pakistan’s first women to receive a Fulbright award to study in the United States, where she attended the School of Education at Northwestern University. Mrs. Qazi would return to Pakistan to become the founder headmistress of Islamabad Model School for Boys, in Islamabad, and was eventually appointed founder principal of Beaconhouse Girls School in Rawalpindi. Despite their busy schedules, the much lauded and jovial Qazis’ often contributed their time and energy to Fulbright events and activities organized by USEFP.

Mr. Qazi, a Signals Officer, would rise the ranks to Lieutenant Colonel and enjoyed a distinguished career in the army and in private business. Mr. Qazi is survived by his children, grandchildren, and great grandchildren.