Ramzan Speaker Series provides a window into life as a Muslim in the U.S.

USEFP’s Ramzan Speaker Series is one of its more popular events, drawing significant engagement form the community. The event is organized in partnership with the U.S. Embassy, and features embassy members, Fulbright alumni, and EducationUSA advisers as speakers.

This Ramzan the series included a sequence of three talks focusing on issues faced by international students while studying in the U.S. In a very informative discussion on “Islam in the U.S. Past, Present, and Future”, Mr. Kwasi Deitutu from the U.S. Embassy talked about living in the U.S. as a Muslim student and observing Ramzan on a U.S. college campus. He also touched on Islamic influences in American pop culture, referencing celebrities like Muhammad Ali. 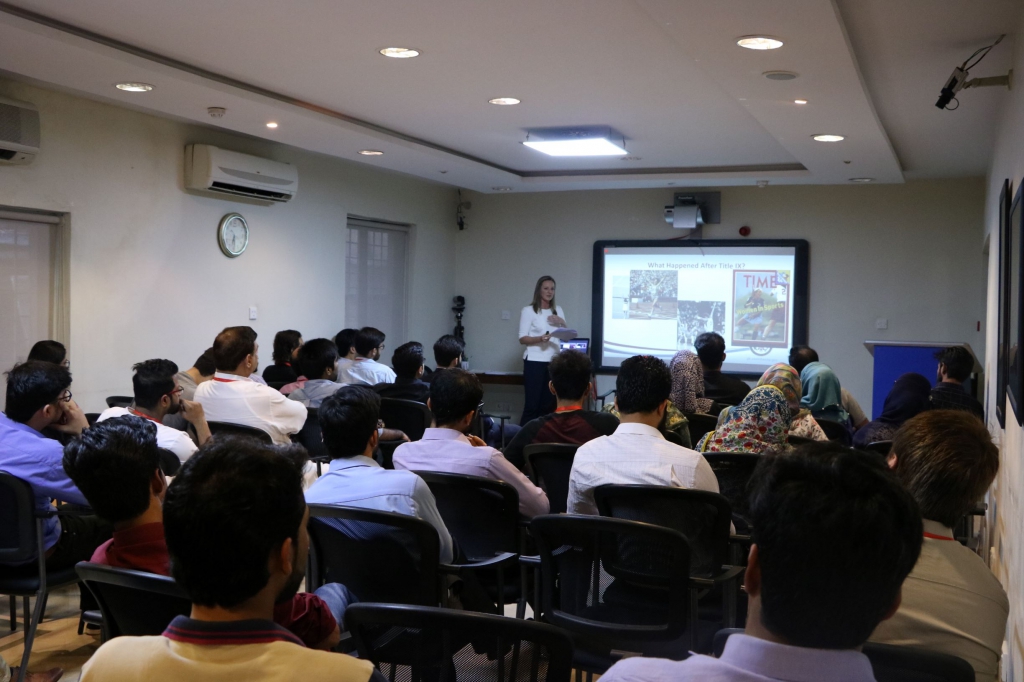 Ms. Megan Johnson led a discussion on Title IX in the U.S. detailing how this legislation has affected college campuses throughout the U.S. Title IX is a federal civil rights law in the United States of America that was passed as part of the Education Amendments of 1972. The law protects people from discrimination based on sex in education programs or activities that receive Federal financial assistance. In her talk Ms. Johnson spoke about how Title IX has empowered and helped promote extracurricular activities for women on college campuses and beyond.

Similarly, Mr. Julio Martinez, shared the contributions of the U.S. military outside the battlefield, including their support for the Red Cross and other humanitarian efforts such as disaster relief and programs that support education. Each talk was followed by an open discussion at the end, where speakers fielded questions from the participants on their concerns about living and studying in the U.S. 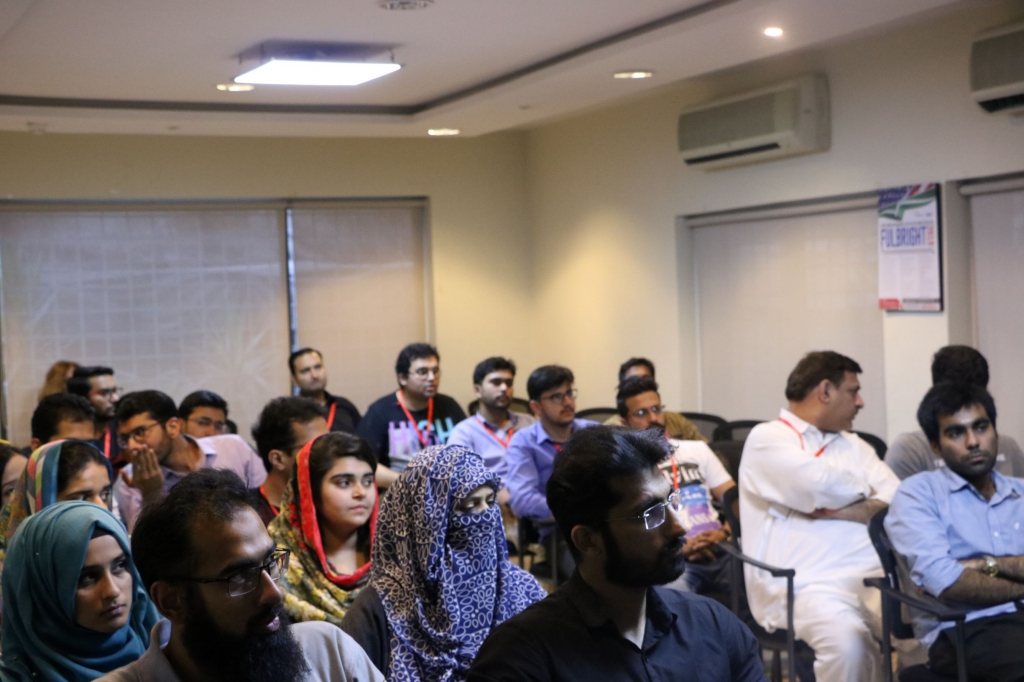 Participants listening to informative talks on studying in the U.S. as an international student

In Lahore, EducationUSA hosted a Public Speaking Workshop as a part of the Ramzan Speaker Series this year. The workshop was conducted by a Public Affairs Officer from the U.S. Embassy, Michael Guinan, who emphasized the importance of communication and public speaking and delivered a powerful and effective presentation on how to enable students to be better public speakers. Similarly, in Karachi, Vice Consul, Kimberly Everett, addressed topics of daily importance to Muslim students, on and off campus facilities, halal food, interfaith dialogues and forums, and new emerging challenges faced by Muslim students. U.S. Embassy and Consulate representatives, EducationUSA advisers, and Fulbright alumni served as panelists, and they all commented on the ease of practicing Islam in the United States. They gave examples of how institutions accommodate Muslim students by offering flexible options for prayer times, prayer spaces, and breaking the Ramadan fast.

The highlight of each Ramzan Speaker Series is the Iftar. Featuring a diversified spread of local favorites, the Iftar was a great opportunity for U.S. Embassy officers, Fulbright Alumni, EducationUSA Advisers, and prospective students to mingle and network.

The Ramzan Speaker Series is replicated in each of the three cities across Pakistan making it one of EducationUSA’s most recognizable events of the year. This year, over 250 students participated in the events across all three cities.