Looking Ahead: EducationUSA PDO Celebrates Students Departing to the U.S.

The process of applying to a college or university in the United States requires time, preparation and a lot of effort. Those who successfully complete this process however, embark on an adventure that will leave a lasting impression on their lives. To celebrate the triumph of those who have been accepted and prepare them for the exciting road ahead, EducationUSA hosted a pre-departure orientation (PDO) in Islamabad, Lahore and Karachi. The purpose of the orientation was to inform students about the academic, cultural and social transitions they will have to make as they settle in to their life in the U.S. It also provided students with resources to help adjust to these transitions, and make the most of their time in the U.S.

The PDO events were attended by over 300 students of undergraduate, graduate and postgraduate studies. This number includes many students who had taken advantage of EducationUSA’s free educational advising services throughout the previous year, as well as those nominated by their school counsellors, and participants of outreach activities conducted by EducationUSA. Representatives from the Public Affairs Section of the U.S. Embassy and Consulate, and F-1 alumni were also part of the event, and a palpable sense of excitement and anticipation prevailed as students planned and discussed their journey forward with them. 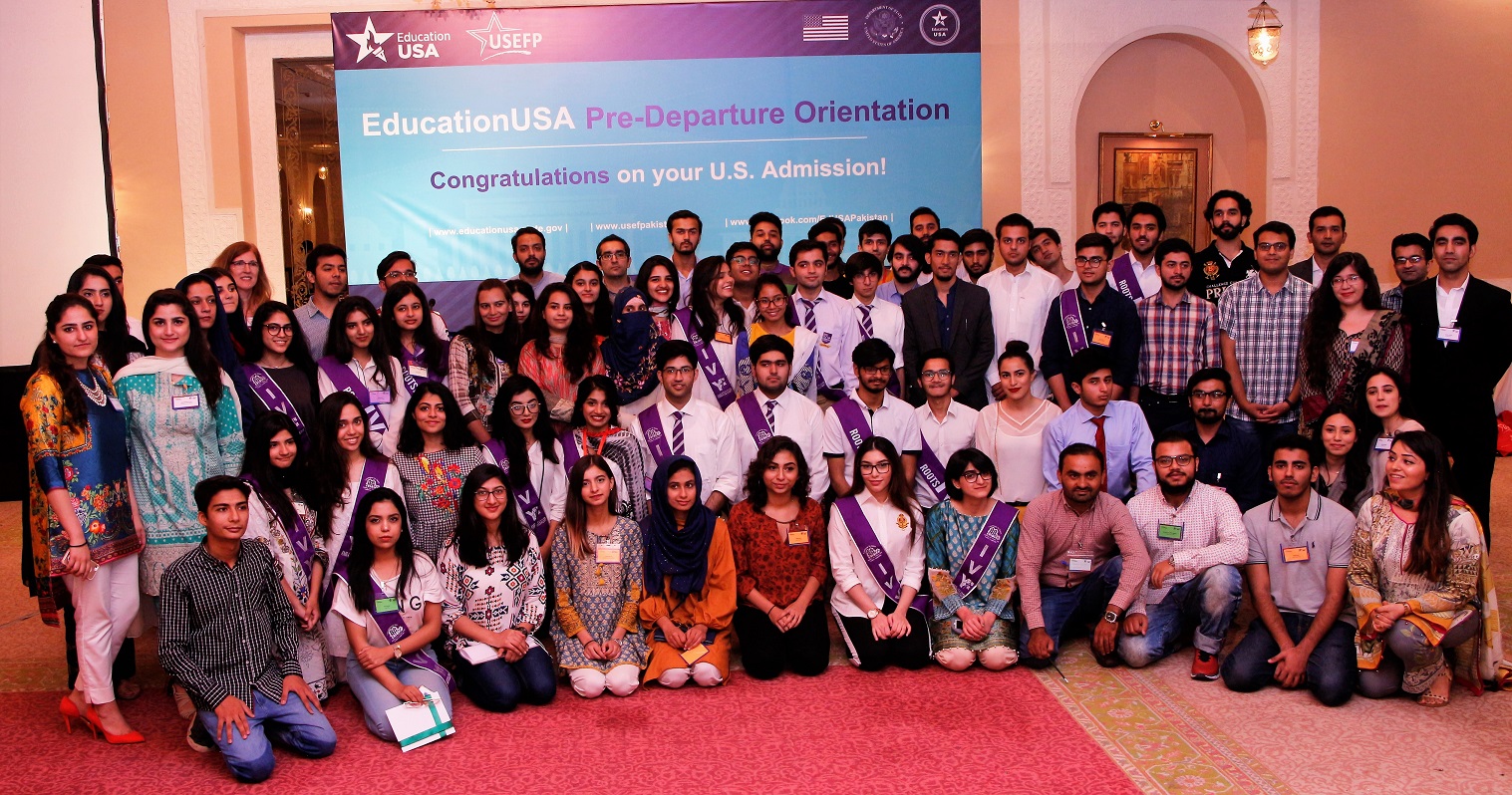 USEFP hosts a PDO for over 300 students heading to the U.S. for higher studies

Congratulating the students, Kimberly Everett, Vice-Consul at the U.S. Consulate Karachi, said “You will be like your country’s ambassadors in the U.S. You can tell about your country and its people to others who don’t know much about Pakistan. You can also learn from the new friends you make in the U.S., about their country and culture. The interaction benefits you as well as them.”

In order to hone in on the specific challenges and culture of a particular region, students were seated according to their destination in the U.S.: East, West, South or Midwest. Similarly, EducationUSA advisers, and F-1 alumni were assigned to each of these groups based on their own background. The topics discussed within these groups included culture shock, academic honesty, and classroom culture, etc. During the event, students participated in small breakout sessions, which afforded them the opportunity to network with each other and discuss their expectations of living and studying in the U.S. The orientation session also included a raffle draw where the winners received Amazon gift cards. 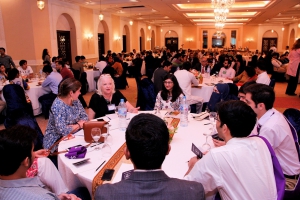 Students networked with their peers, U.S. Embassy officials and EducationUSA team during the PDO

“EducationUSA helped me realize that I needed to look for schools that would be a good fit for me. As I started to look into various facets of schools on my list, like student life, experiential learning, commitment to service, international community, I soon realized that many of the school[s] I had initially thought of applying to, did not even come close to the kind of community I wanted to be a part of,” said Priya Prakash, who will be heading off to Duke University with full funding.

This outgoing cohort of students will join a growing community of Pakistani students in the U.S. The EducationUSA Global Guide 2018 quotes a 14.2 percent increase in Pakistani students studying in the U.S. in AY 2016-2017. This increase, which is the highest in five-years, is equally distributed among undergraduate and graduate students, with both groups increasing approximately 13.5 percent over the previous year. Even more encouraging are the figures from the last five years (2012/13 to 2016/17), showing that Pakistan has seen an increase of 47 percent growth of international students in the U.S.

To view a video recap of this year’s PDO, click here.

The EducationUSA Advising Centers hosted by the USEFP are part of a global network of around 450 Advising Centers in more than 170 countries across the world. Advisers assist students with: 1) researching choices and preparing for standardized tests, 2) applying and securing admission, 3) financing education, 4) preparing for and securing the U.S. student visa, and 5) getting ready to go! To register for free EdUSA Advising services, register here.