UGRAD Grantees Depart to the U.S. as Cultural Ambassadors 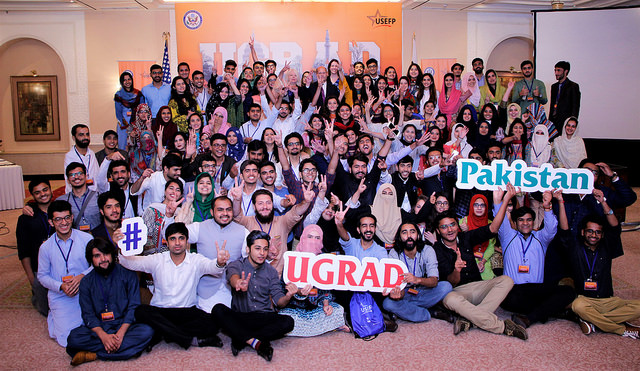 UGRAD fall 2018 grantees prepare to leave for a semester in the U.S.

This year, 108 students currently enrolled in Pakistani universities have been selected to participate in the fall 2018 Global Undergraduate Exchange Program (Global UGRAD). The Global UGRAD is one of the most popular U.S. government-funded scholarship programs managed by USEFP, where Pakistani students spend a semester studying at colleges and universities in the U.S. with American peers.

Earlier this summer, USEFP hosted a pre-departure orientation in Islamabad to bid farewell to the grantees as they embarked on this one-of-a-kind experience. Global UGRAD grantees bear the hefty responsibility of being cultural ambassadors for Pakistan. During their stay, they are encouraged to participate in the exchange of ideas, information, art, language and other aspects of culture, to foster mutual understanding between the two countries. The pre-departure orientation was aimed at preparing the students for this role, through a variety of discussions and interactive activities. 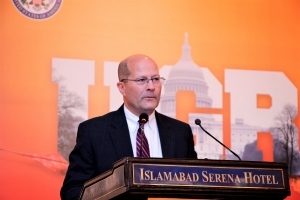 The guest of honor, American Embassy Chargé d’ Affaires, John Hoover, congratulated the students who were selected to participate in the fall 2018 Global Undergraduate Exchange Program (Global UGRAD). Chargé Hoover told the students they would become “powerful messengers” between the United States and Pakistan. “You will tell stories that go beyond the headlines,” he said, “and your stories will give your friends and families a genuine understanding of the shared values between our two nations.”

During an interactive session whose purpose was to facilitate introductions, the grantees shared their life stories with each other. The activity revealed some truly amazing accounts of perseverance and triumph. 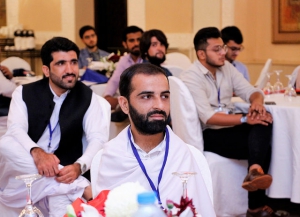 Abdul Salam, who was excited to make new friends in the United States, hails from Waziristan. When in grade three, Salam was electrocuted and lost both his hands, as a result of which, he had to quit school. He resumed later and learnt to write using his feet. After finishing school, Salam also learnt how to use a computer, with the help of a friend. He enrolled in a software engineering program at a reputed university in Pakistan and is currently in his final year. In addition to being an exceptional student, Salam is also a teacher, motivational speaker, trainer, and footballer. He maintains that “everything is possible, you just need to believe in yourself”.

USEFP also organized an alumni panel for the event, where a group of four Global UGRAD alumni discussed their enriching academic and cultural experiences in the U.S. The alumni addressed the misconceptions people in both countries have about one another and urged the departing cohort to help dispel them, both in America and at home. Spending a semester in the United States is often considered transformative by many alumni. Fer Ghanaa Ansari, a 2017 Global UGRAD alumna, is no different. Addressing this year’s grantees, she shared stories of her year studying in New Jersey and explained how her time abroad changed her. “I fully realized all that I had gained from the UGRAD experience only after I came back,” she said. “I gained confidence; I wanted to take more initiatives to make my country better; I wanted to remain an active member of my community.” 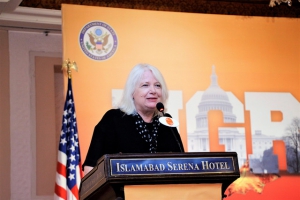 During the event, USEFP Executive Director, Rita Akhtar, highlighted the importance of the program, saying “The Global UGrad Program gives talented students who are committed to helping their communities and country an opportunity to study in the United States. The Program also involves exciting community service and cultural exchange activities.” She mentioned that since the program began in 2010, more than 1,500 students have participated in it, out of which 60 have completed their bachelor’s degrees here, and then gone on to study for master’s or PhD degrees in the United States on the prestigious Fulbright Program. Others have received small grants through the Pakistan-U.S. Alumni Network (PUAN) for community service projects in Pakistan. Akhtar said that USEFP is proud of the achievements of its grantees and honored to be charged with managing this program.

USEFP is currently accepting applications for the spring 2019 Global UGRAD Program. To find out more about the eligibility criteria, application procedure, and deadline, visit here.