There’s something about the idea of a test that strikes fear in even the most confident and self-assured among us. Perhaps it is the mental image of an exam room, with atmosphere so tense it can be cut with a knife, or the debilitating pressure of knowing that the future you aspire to hinges on the results. But taking a test is almost always an anxiety-inducing experience.

As soon as the Fulbright Award is announced, USEFP staff commonly hear potential applicants complain about the difficulty of the GRE General test, one of the prerequisites of the scholarship. They express fear and anxiety about taking a computer-based, international test. To allay these fears, USEFP offers mock tests for GRE. Each year a team of two or more Test Center Administrators visit public sector universities, where the Advising department has already conducted information sessions about the GRE test and scholarship opportunities at USEFP. 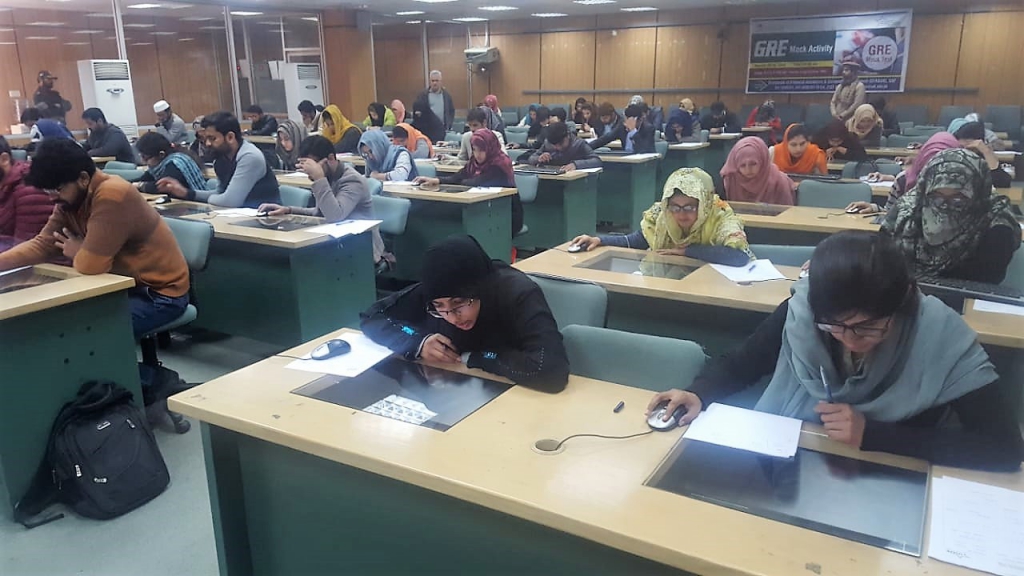 The feedback our teams receive when USEFP visits the universities is very encouraging. Faculty members and organizers often praise the impact of the activity, highlighting its important role in promoting U.S. higher education among students from underserved areas. Sultan Muhammad of Hazara University, Mansehra echoed this sentiment when he shared his appreciation for USEFP saying that “Such opportunities help in facilitating those prospective Fulbright applicants and other aspiring students of this university who come from underprivileged areas of Khyber Pakhtunkhwa – from North and South Waziristan, Dir, Chitral, Hunza and Gilgit Baltistan, to pursue their higher studies in the U.S.”

Similarly, the Assistant Registrar (General) at COMSATS University Islamabad, Abbottabad campus, Ms. Saadia Munir, spoke highly of the mock test activity conducted each year at the university, saying that both the students and faculty at CUI benefitted immensely from this opportunity. She said, “We appreciate USEFP’s support in making it possible for the students and faculty to actively participate in the GRE exam and prepare for it. This is an opportunity of a lifetime, if the students/ faculty win a Fulbright [sic] scholarship, based on the GRE training offered by USEFP”.

The mock test activity is usually spread out over two or three days and entails the installation and running of the software prior to the test administration, followed by the administration of the mock test in two or more sessions per day, and finally the collection and compilation of results. 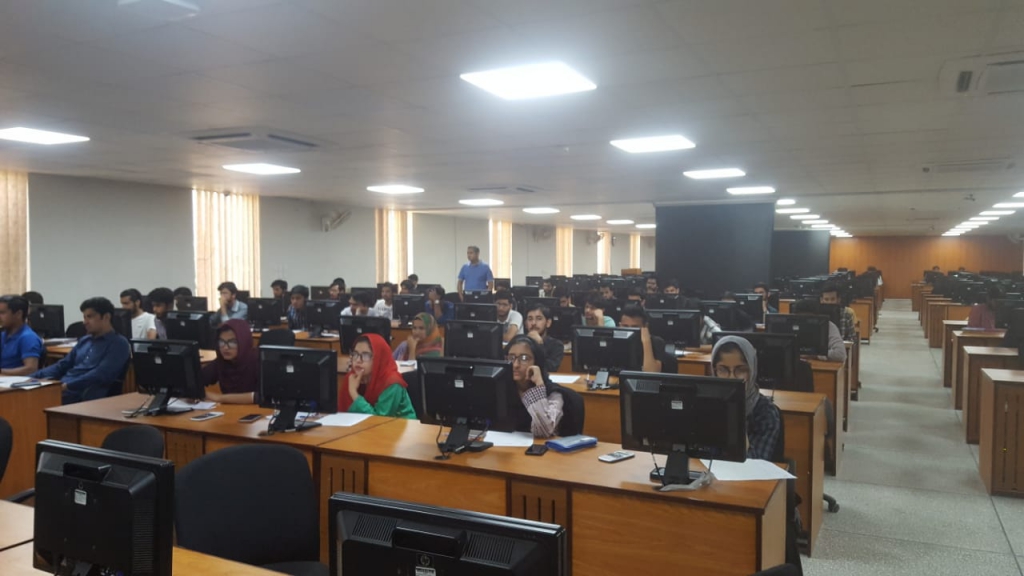 Coupled with information sessions on Fulbright and GRE General, the mock test activity is one of the more popular activities undertaken by USEFP’s Testing department. Ahsan Achakzai, the Coordinator GRE mocks at the Balochistan University of Information Technology, Engineering, and Management Sciences (BUITEMS), Quetta commented “GRE mock activity organized by USEFP and housed at BUITEMS is a valuable addition to the higher education services made available to the university students and non-PhD faculty in Balochistan. The activity has…enhanced the interest of students towards higher education opportunities in the United States. The free GRE vouchers given to top performers has created a sense of competition among participants and has given hope to financially marginalized students, who now realize that hard work and sincere effort can generate possibilities of acquiring higher education in the United States for them. Moreover, female students too have show[n] keen interest and actively participate in the mock test initiative.”

USEFP also offers GRE General and TOEFL iBT mock tests at its facilities in Islamabad, Lahore, and Karachi. Interested individuals can make an appointment at testing@usefpakistan.org.