Global UGRAD Grantees Depart For a Semester-Long Exchange Journey to the U.S. 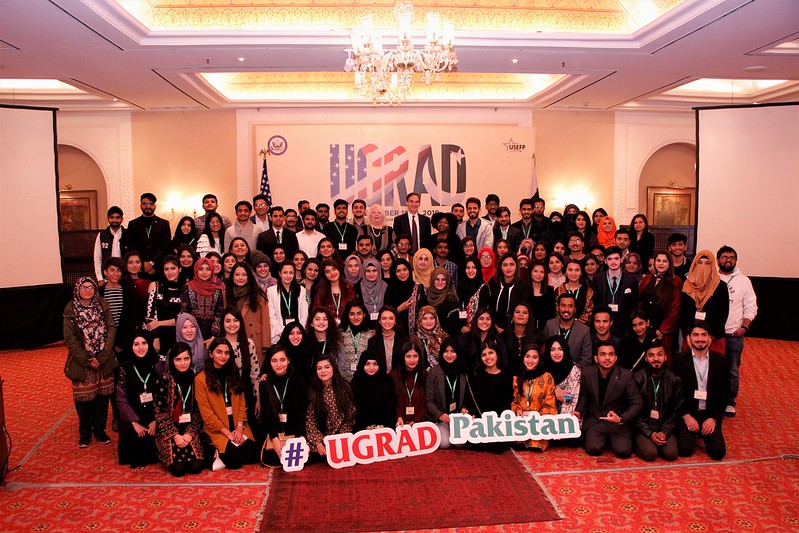 Almost 100 grantees prepare to depart for the U.S. under the Global UGRAD program

Almost 100 Pakistani undergraduate students selected to participate in the U.S. Government-funded Global Undergraduate Exchange Program (Global UGRAD), gathered in Islamabad for a two-day pre-departure orientation (PDO). Starting January 2020, the students will take undergraduate classes at leading U.S. colleges and universities and engage in community service as part of their academic and cultural immersion in the United States.

The Global UGRAD is one of the most popular U.S. government-funded scholarship programs managed by USEFP, where Pakistani students spend a semester studying at colleges and universities in the U.S. with American peers. The PDO features various activities and talks that prepare students for their American experience and reinforce the importance of their role as cultural ambassadors. 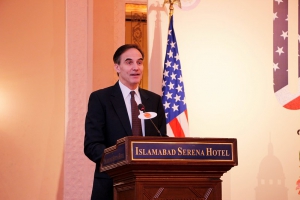 U.S. Ambassador Paul Jones addressing the participants of the PDO

“Study abroad is one the best educational tools for students to gain new skills and a global perspective,” said U.S. Ambassador Paul Jones.  “When you return home, I know you will use your experience and knowledge to help move your communities and country toward a brighter future.”

The spring 2020 cohort is a diverse group of students comprising of 68 percent women grantees. The selected candidates represent a broad cross-section of Pakistan; 51 students from Punjab, 24 from Sindh, 11 from Khyber Pakhtunkhwa, three from Gilgit-Baltistan, seven from Balochistan, six from AJK, two from FATA, and two from Islamabad Capital Territory. 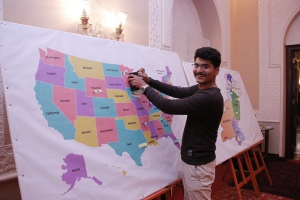 Grantees participated in an interactive activity where they tagged their destinations in the U.S. on the map

“These students represent the best of Pakistan and will be wonderful ambassadors for their country,” said the United States Educational Foundation in Pakistan Executive Director Rita Akhtar. “They also represent the diversity of Pakistan, coming from some of the most remote and underserved areas of the country. Many will return from the United States motivated to apply for the prestigious Fulbright Program. I am delighted to share that 80 Global UGRAD alumni are Fulbright Master’s and PhD students/alumni of some of the best universities in the United States.”

The PDO featured a talk from Abdul Salam Mehsood, a Fall 2018 Global UGRAD alumnus, placed at Snow College in Ephraim, Utah. He shared his exchange journey and how the community service experience on the program inspired him to become a motivational speaker, social activist and trainer in Pakistan. “During my program in the United States, I volunteered as an assistant coach for the Ephraim City Recreation Youth Soccer Team. Not only did I want to share my love of soccer with youth in my new community, but I wanted to show others that a person with disability can still actively and openly take part in society, they can still pursue their goals,” said Abdul Salam. Since completing his program, Abdul Salam has been advocating for social inclusion of persons with disabilities in Pakistan, girls’ education, and gender equality. 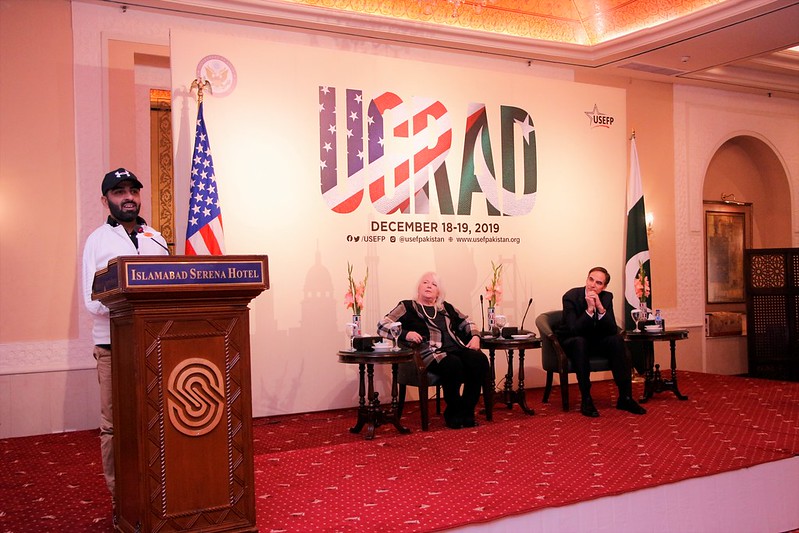 Since the Global UGRAD Program launched in 2010, approximately 1,970 Pakistani students have received one-semester scholarships to study in the United States. USEFP, a bi-national commission established in 1950 by the governments of Pakistan and the United States, is one of 49 Fulbright Commissions throughout the world. Since its inception, around 7,500 Pakistanis and more than 900 Americans have participated in USEFP-managed exchange programs. Its mission is to promote mutual understanding between the people of Pakistan and the United States through educational and cultural exchange programs. For more information, visit www.usefpakistan.org.